THE ADA WAS A DIFFERENT KIND OF MOONSHOT…. AND YET THE FIGHT CONTINUES! 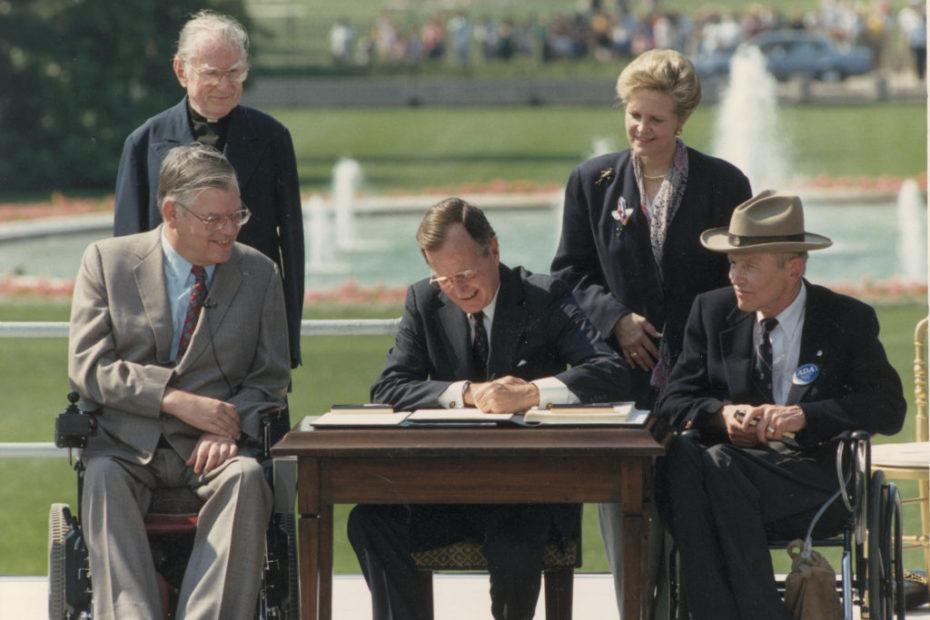 This week we marked the 29th anniversary of the Americans With Disabilities Act and its clear and comprehensive national standards to eliminate discrimination against individuals with disabilities, amid the excitement and nostalgia of remembering the heroism of Apollo 11’s mission to the moon half a century ago. The ADA anniversary happens to coincide with that of the Individuals with Disabilities Education Act, specific provisions that relate to the school experience and funding for educational services that students with disabilities need.

As advocates, we’d rather not be circling back to protect the gains we’ve made, and we are seeing civil rights, access to education, and individual independence being chipped away….but that’s part of the struggle too.

It’s a time to look back with some awe at the intense bipartisan effort that went into passing such landmark federal legislation. We in the advocacy community look back with pride at the ensuing years of unstinting effort to bring the laws’ principles into a reality of greater inclusivity, equality and fairness for all ages.

This week, colleagues from across the country marched in Washington to remind legislators and the Administration that we are watching and we are still diligent about protecting our civil rights.  To each one of you — Shona, Kathleen, Tom and all the others who displayed your commitment to the cause– thanks, kudos, and Lead On!

Disability Scoop reports that advocates are rallying to oppose a plan by the U.S. Department of Education to “reinterpret” policy on IDEA’s requirement that students with disabilities be served in the least restrictive environment.  “Clarifying” the policy could easily lead to the inappropriate placement of kids with disabilities in more segregated settings away from the general student population.

Nearly 30 years after passing the ADA, we’re still fighting for equal representation in the workplace. Though the nation is near full employment, former Pennsylvania Governor Tom Ridge writes in the Houston Chronicle that U.S. employers are still not hiring larger numbers of people with disabilities than they did in 1990, citing data noting that “Many employers either have not made it a priority or simply have not been able to figure it out.”

Ridge adds, “Until they do, the ADA will not fully have been realized.”

And so we say Happy Anniversary! Now get back to work.